Y Combinator, Should You?

I encourage most startups or would-be startups to apply to Y Combinator, our first investors. Most people are really excited about the possibility of getting YC funding.

Of the people who are lukewarm, the number one objection I hear is that the valuations are too low. The number two objection people give is that "We’re too late stage for them."

When someone says that the valuations are low, they're comparing YC to a traditional investment. The rule of thumb usually doesn't apply because the stage is super early (more on this later) and YC isn't investing very much. But even from a higher level, valuations are a tactical matter; you should be thinking about grand strategy when making this decision. If Y Combinator funding increases your expected outcome by 2x, you should be willing to give up 50%, right?

I have a lot of empirical evidence about the entrepreneur’s upside so far. On average, Y Combinator will increase your expected outcome by at least 5x. They usually take 2-10% of your stock in exchange. That's a great deal! (I think it’s really 20x or higher, but I’m being on the safe side.)

How do they increase your outcome so significantly? It’s not about the money at all; it’s about the advice and connections. These things seem fluffy before you’ve experienced their significance. I applied to Y Combinator mostly to be around Paul, not to get introductions to important people. I didn’t have any use for important people. Boy, have things changed. I can also say very empirically that the network really matters. More details and proof on that in a few months.

YC doesn’t just casually introduce you to investors, reporters, and potential employees. They really work their tails off to make it happen. Your job is to only give equity to people who are going to contribute to the company. You don’t want to give shares to investors who are just going to give you money and not help you out. You want to give shares to investors who will give you their cell phone number, who will write emails to recruits encouraging them to join, and so on.

I mentioned that YC also gives you great advice. There was a YC dinner last summer when we went to Paul and said Paul, we're ready to launch. He said, very simply, No you aren't. I went home demoralized. As Steve Jobs said, It was awful tasting medicine, but I guess the patient needed it. We weren't ready to launch.

I could go on and on about this, but I’ve got to get to work on the second objection: We’re too late stage for YC. 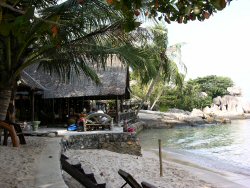 This objection might be true for some. YC doesn’t invest in $20M series B rounds. Usually, though, I hear this retort from people who have been working on the product without funding for one or two years. They’ve built a lot of technology, and are afraid that their valuations won’t reflect that.

I can see why people might think this way. For years YC’s web site said that they take 5-7% of the company. Only recently did it change; now it says 2-10%. (You can use the Internet archive to see old versions of their site.)

What’s going on here? YC is seeing more teams that have already made something, and they’re accommodating those situations. Their #1 goal is to work with great people and companies, not to own the largest possible percentage. So, no, you probably aren’t too late stage for them.

The founders of Weebly were working on their site for a year before taking YC money. They were on TechCrunch the day of their YC interview. They still took the money, and I am sure they haven’t regretted it.