Why Engineers Suck at Selling

I’ve been thinking about why programmers/engineers are bad at selling things – products, ideas, themselves.

First, engineers suck at spin. They deal in facts, not emotions. The suspension bridge is going to stay up or collapse. The software works or it doesn’t, and no amount of framing, rhetoric, or rapport will change the facts. An engineer who spins things to themselves or others would be a bad engineer; facts are king.

It gets worse. Not only do engineers focus on facts, they focus on the negative.

Programmers survive by paying attention to the ugliness in their code. If you wake me up in the middle of the night and ask what I’m dreaming about, I’ll probably tell you what the two ugliest parts of our code are, and how I’m going to fix each of them.

So when someone asks me about the code, my instinct is to describe the bugs. They’re just the first order of business! We have a natural tendency to look for and focus on the things that are not perfect. 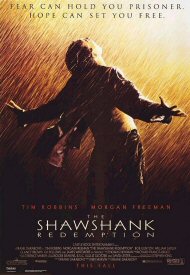 Luckily entrepreneurs know that they need to be able to wear many hats. If you’re already an engineer, you just need to learn how to sell the company, what you’re doing, and the product to people when you’re hiring, raising money, or talking to customers. You need new skills to do this selling.

It’s quite possible to pull it off.

I went to a talk by Bob Metcalfe at MIT in aug-05 where he talked about selling. He recalled his personal journey of learning how to sell. Remember, Bob came into the entrepreneurship world from MIT and Xerox PARC.

Bob said he went through four stages of learning how to sell:

I’d say I’m at about stage 2.5. When I’m talking to a recruit, my basic pitch is “Your life would be better if you joined us. We kick ass and you’d find much more fun/responsibility/learning here.”

I think this can improve. I’m working on it.